A wonderful present for Father’s Day…. 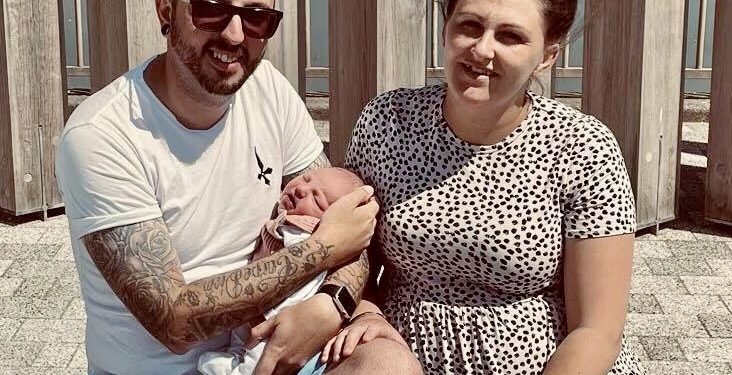 Father’s Day was one to remember for a Bridlington care home manager and his partner.

Carl Adams, who lives on Burtsall Hill in the town not only had Father’s to enjoy, but also had two other reason to celebrate.

Firstly Carl was 32 on Sunday 20th June, and then his partner Emily Tindall gave birth to Bowie Iris Adams at 4.58 in the morning.

Said a delighted Carl: Emily’s initial date for giving birth was 17th June, and I said as soon as we found out that Bowie would arrive 3 days late as a birthday and Father’s Day present. But Emily expected her to be here early – so it looks like my prediction came true.”

Bowie was born in Scarborough Hospital weighing in at 7lb-14oz and is a little sister to Teddy and Charlie (both 6).

“We are going to celebrate properly once we are allowed to get everyone together the grandparents have had their cuddles. We loved the name as soon as we picked it. She is such a perfect addition to our little family.”

Carl, who works at Bessingby Hall Care Home, continued: “The whole team at Scarborough were fantastic The midwife who helped us get Bowie into the world was called Anna, along with Fran and student midwife Terri…other colleagues helped when needed to.”