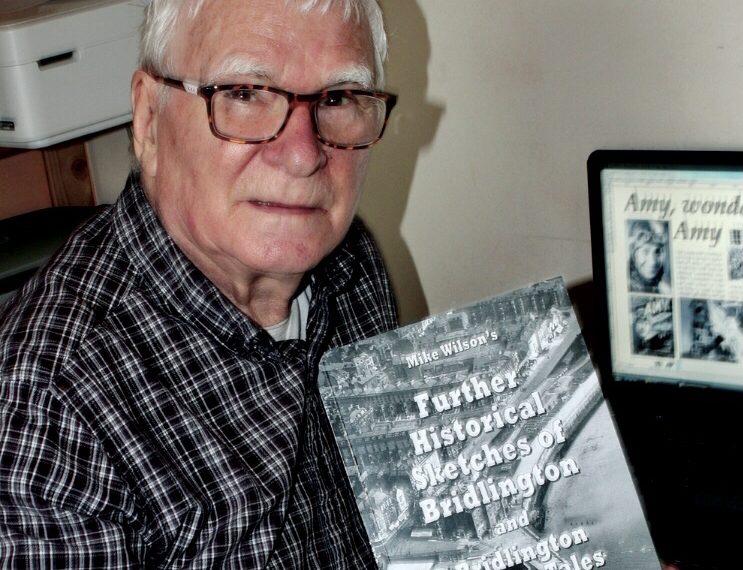 A book detailing various historical events in Bridlington over the centuries has been published.

Writer Mike Wilson, 84, of Burstall Hill deals with stories relating to the history of the town in the 175 page A4 sized book.

Among the many tales, he reveals the story of St John of Bridlington, the work on behalf of seabird conservation by the Rev Barnes-Lawrence of the Priory Church, Charlotte Bronte’s visit to the town, descriptions of both HMS Bridlington and HMS Flamborough Head, the Battle of Flamborough Head, how bandleader Herman Darewski put the Spa Royal Hall on the dancing map during the 20s and 30s, and Queen Henrietta’s visit.

The lives of local people are included such as ‘Goosey’ Willson and his pet goose, and the lives and times of more well-known visitors to the town such as Amy Johnson.
Local artists are also celebrated with Steve Carvill and iconic The Gansey Girl and The Anchorman by Ronald Falck.

Said Mike: “We learn about the arrival of the railway, the Coble Three Brothers, the Bridlington Town Play of 1995, BBB and its meaning, the Waterloo Pierrots, the Great Gale of 1871 and the life and loss of Kit Brown.”

This is the 25th book published buy Mike, who also writes a popular monthly page for the Echo.

“The book also includes stories from the local veteran community. Veterans in the town have submitted tales from their military lives, revealing life as soldiers, airmen and naval personnel, including submariners. Veterans of the local branch of the Royal Naval Association contributed to the cost of production as did members of Bridlington Veterans Association.” Added Mike.

This self-published book has been financially supported by the Blakemore Foundation with contributions by other local people as above, to whom Mike offers his thanks.

Mike can be contacted on oldestbridkid@gmail.com. 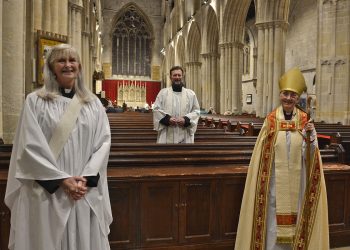