Bridlington Poetry Festival is back for 2016!

In a break from tradition, though, the Festival’s regular summer slot has been swapped for an October one so that it sits right in the middle of Beverley Literature Festival, with the two together renamed Lit Up. One thing hasn’t changed though; some of poetry’s biggest names still will be heading to the East Riding.

Symbolising the bringing-together of the two festivals, the poetry festival is staging two of its biggest events in Beverley. Festival Patron and Bard of Barnsley, Ian McMillan, reads at Toll Gavel Church to celebrate the publication of To Fold the Evening Star, his collection of new and selected poems (Mon 10 Oct).

Simon Armitage makes a welcome return to the festival, reading from his acclaimed translation of the Middle English poem Pearl in the stunning setting of Beverley Minster (Sat 15 Oct).

Back in Bridlington, performance poet Hollie McNish will stop off during a major autumn tour, reading from Nobody Told Me, her best-selling collection of furious, funny poems about becoming a mother.

Maura Dooley, who has twice been shortlisted for the prestigious TS Eliot Award for poetry, and who lived and worked in Yorkshire for some years, is the latest poet to headline the Festival’s Poetry Doubles series. Here, some of the UK’s best-known poets are invited to perform with their own choice of ‘double’ – a poet at the earliest stage of a life in writing.

The festival has always had a mission to introduce emerging poets to audiences, and this year is proud to introduce Malene Engelund (published by Scarborough-based Valley Press), Mel Pryor (winner of the festival’s Larkin Poetry Prize in 2015), James Giddings (who, as a member of The Writing Squad, has led workshops for school children at the festival in previous years, and whose debut pamphlet Everything is Scripted is published by Templar Poetry) and Penny Boxall (winner of the 2016 Edwin Morgan Poetry Award).

Antony Dunn, Artistic Director of the festival, says, “It’s a real pleasure to create this temporary community of poets and audiences, and to build audiences for poetry in the East Riding. The work we’ve doing in schools over the last five years is something we’re particularly proud of, with rapper and beat-boxer Testament helping children to discover how create they can be with words and how confident they can be in front of audiences. I really think we’re making the poets of the future here in Bridlington.”

Tickets for all events are on sale from www.litup.org.uk, by phoning the box office on 01482 392699 or in person from Beverley Library. Tickets for the writing workshop can only be booked through the box office. 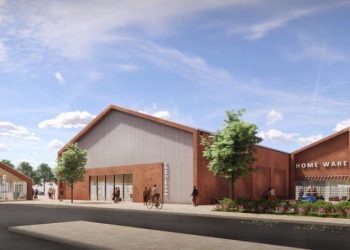