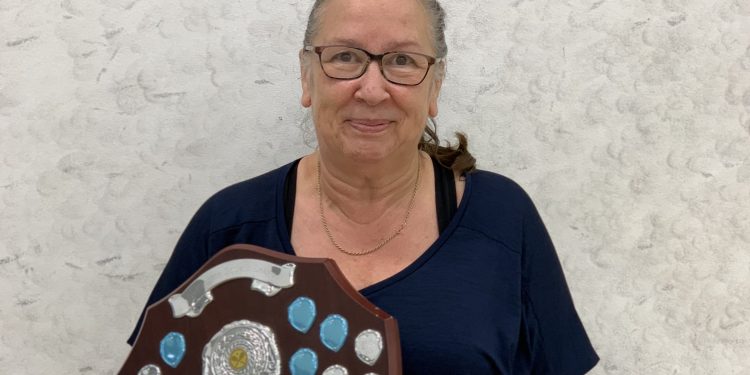 Liz Burns emerged triumphant with two trophies to her name at the Bridlington Squash Club Championships and end-of-season presentations at East Riding Leisure on Sunday.
Burns beat Ang Bannister to lift the club’s ladies’ championship title and was also presented with the Ladies’ Division One Summer League winners’ trophy. Bannister was runner-up in that too.
John Bannister also picked up two trophies, beating Alex Yates in a five-game thriller to win the men’s championship, and receiving the men’s Division One league runners-up honours.
Steve Greaves was crowned Plate Tournament champion, thanks to a win over Danny Simpkin, the Division Five title winner.
A club spokesman said: “There was some great squash on display as the players battled it out on court. The afternoon was well attended by the members, family and friends, who came to see the finals,”

The committee expressed their thanks to Elizabeth’s Jewellers, of Bridlington, for engraving the trophies and to all who went to the event and showed their support.
The club is open for new members, wishing to take up the sport and caters for all abilities – with both men and ladies leagues available.
For details about joining the league, email your details to bridlingtonsquashleague@hotmail.co.uk and an organiser will contact you.
To learn more about the club, search for their Facebook and Twitter pages for regular news and updates.