George the pig finds a forever home at Sewerby Zoo

Hundreds of spectators turned out to watch the Bridlington Christmas tree lights being switched on by hero Ben Parkinson MBE....

The Yorkshire coastline never fails to amaze with its stunning beauty and no-one knows this better than award winning artist...

A new rural strategy for the East Riding is launched

A MYSTERY poet hailed as 'The Poetry World's Banksy' has landed in Bridlington. John Butterfield of JB's Hairdressers on Lansdowne...

Bridlington to be the start line for the 2017 Tour de Yorkshire. Great news and a further boost for the...

With the winter nights drawing in, East Riding of Yorkshire Council’s associate director of public health is urging people who...

Jive Talkin’ at The Spa Bridlington

Featuring stunningly convincing vocals, Jive Talkin’ presents the story of the Bee Gees, live on stage at The Spa Bridlington...

Do you live in the Bridlington and would like to be part of a fantastic group of volunteers fundraising for...

Bridlington back on the Tour de Yorkshire map for 2017

East Riding of Yorkshire Council has welcomed today’s announcement by Welcome to Yorkshire and the Amaury Sport Organisation (ASO) that...

This Hallowe’en, there’s a chance to join East Riding Libraries for a storytime and activity session reading Allen and Janet... 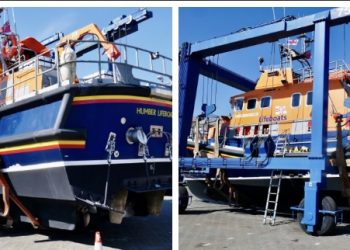