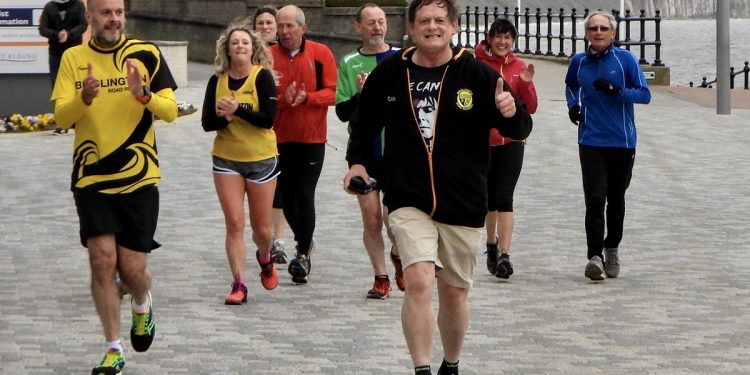 When it comes to running, Colin Parcell is Bridlington’s very own super-hero – Millennium Man.

Well-known around town for running his own painting and decorating business since 1985, he has pulled on his trainers and gone for a run on 1,000 consecutive days.

To mark the occasion, Colin’s friends and team-mates from Bridlington Road Runners joined him for a run and gave him a specially-made hoodie with Millennium Man printed on the back.

“It was a wonderful evening. I can get emotional and there were tears in my eyes,” said Colin, who is 63.

“The club has some great people. I have so much respect for everybody.”

Colin, born and bred in Bridlington, started his unbroken sequence in August 2018 with no intention of reaching four figures.

Colin tries to run for an hour a day in the week, with longer runs at the weekend, and he can usually be seen pounding the streets of Bridlington early in the morning, setting off at 5.30am.

And he keeps meticulous records of every run he has done over the past four decades, with 42 books of notes charting his running career, since he became a founder member of Bridlington Road Runners.

His 1,000 days of running has not been without adventure. Before the pandemic, he ran for 20 days on holiday in Tenerife and another 20 days in Thailand, when visiting his wife’s family.

But he almost missed a day and had to take last-minute action. “I was running up and down the taxi rank at Bangkok Airport for 40 minutes. I think I nearly got arrested,” said Colin.

Back in the UK, his favourite races are the challenging Great Langdale Half Marathon in the Lake District, which he has completed 27 times – ‘the most fiendish race but the most scenic beyond belief’ – and Bishop Wilton Half Marathon, which he has run 34 times.

He started running in 1984 following the death of his mother Pearl, and was inspired to stay active and healthy.

Colin has also completed the London Marathon in under three hours, finishing the 1989 race in 2:58:32. And he has no plans to stop his 1,000-day sequence any time soon.

Police urge witnesses to come forward after dangerous driving and anti-social behaviour during organised car meet at Carnaby this evening.

Salvage operation in the sea close to the South Beach this afternoon.

Four sets of improvement works to begin in Bridlington

Police urge witnesses to come forward after dangerous driving and anti-social behaviour during organised car meet at Carnaby this evening.

CANCELLED….Classic Car show at East Riding College in Bridlington will not go ahead later this month 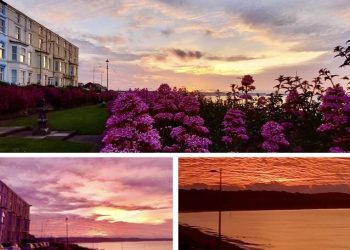 CANCELLED….Classic Car show at East Riding College in Bridlington will not go ahead later this month