Dippers splash to raise the cash 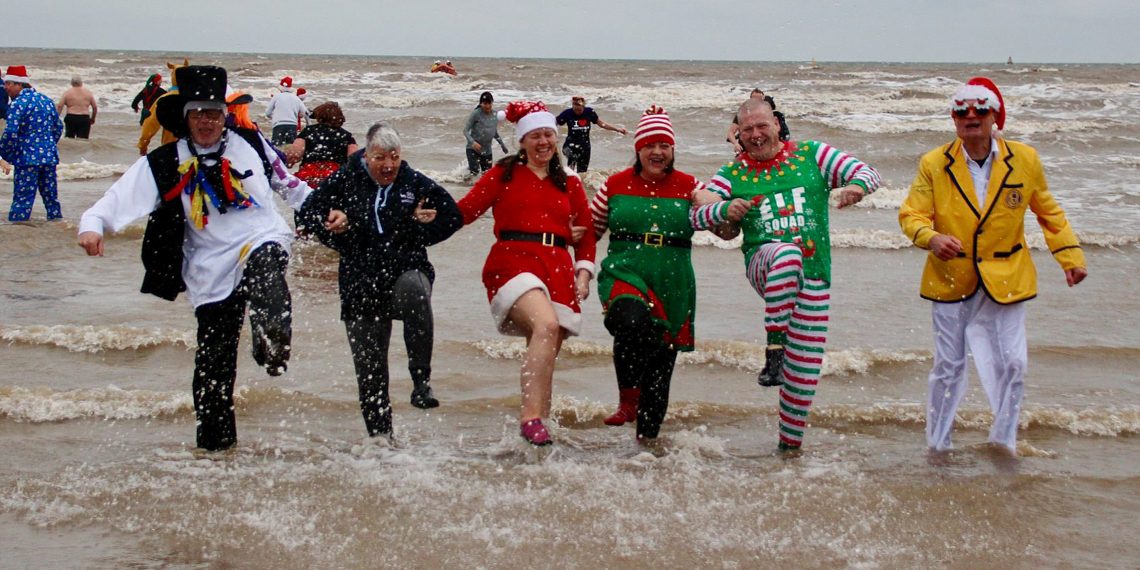 Thousands of pounds have been raised for local charities after hundreds of intrepid swimmers took part in three sea-dips over the Christmas period.

The largest of the three seasonal events, the Bridlington Christmas Day Dip, organised by Steve Tighe from Blast Fitness, was again dedicated to the event founder, the late Warwick Connelly.

“I would like to say a big thank-you all the swimmers who took part, and also the RNLI and Lifeguards for their safety briefing and support.” added Steve.

The Boxing Day ‘Dip For Heroes’ swim on the South Beach was also well attended.

The swim was held on the beach area in front of Richie’s Cafe on the South Promenade with dozens of participants dashing into the freezing waters. Richie’s Cafe again kindly provided bacon butties and hot drinks for the swimmers, and the donations from the proceeds of the refreshments were also added to the fundraising total.

Mayor Liam Dealtry signalled the start of the event and thanked the swimmers and organisers for raising funds for his four civic charities. “I would like to thank organiser Martin Jolly and Richie’s cafe for their fantastic help. Also a big thanks must go to the RNLI inshore crew and to the forty-plus dippers that ran into the sea wearing fancy dress.”

It was back to the 1980’s for the Flamborough sea-dip event which was held at South Landing. The intrepid Boxing-Day water babes braved the bracing waters and helped to raise funds for the village Pre-School Playgroup. Dozens of dippers donned classic 1980’s outfits

William Traves, one of the event organisers, said “We would like to thank Flamborough RNLI, crew for their help and also all the dippers and spectators. We are looking at a final total of £XXXXX