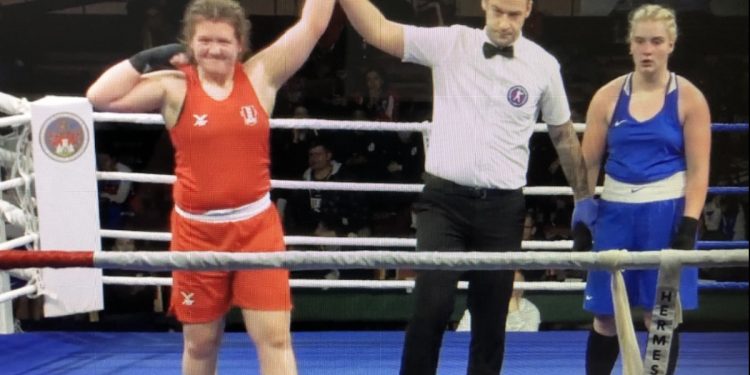 She won her 81.kg weight category with stoppage in the third round in the 9 Nations Cup finals held in Serbia.

In a convincing win, Emily twice forced a standing eight count on her opponent before the referee ended the contest in the first minute of the final third round.

Boxing for Team England, Emily beat her semi-finalist opponent on Saturday before stepping up to win her final today (Monday 20th January).

A member of Bridlington Boxing Club, which is based at the CYP in the town, Emily has been boxing for four years and has two European championships already under her belt.

The Bridlington Echo will be bringing a full report and pictures in the February edition, which is out on the 28th January.