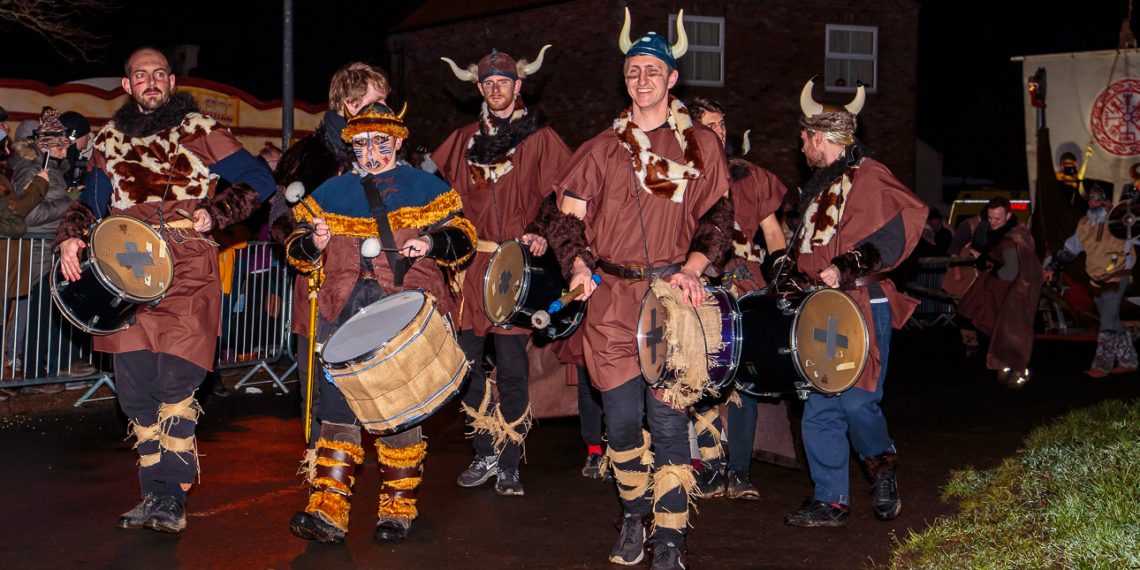 The organiser of the Flamborough Fire Festival have declared the 2019 events a fantastic success.

With an estimated attendance of well over 5,000 visitors coming from all over the UK and beyond, the streets of the village were packed with onlookers watching the spectacular recreations of ancient Viking customs.

The Festival Organiser, Jane Emmerson, said:” The Fire Festival is now not just a UK wide attraction but is an international event with visitors coming from as far afield as Australia, Japan and Europe.

“It is all absolutely wonderful as the event is helping to promote tourism for Flamborough and East Yorkshire with requests for local accommodation, food and refreshments in big demand. We understand that people are already booking their accommodation for this year’s (2020) Festival with Flamborough village and surrounding areas almost booked up. I know the Team have been delighted with the Festival’s amazing success, which is now in its fifth year, but this year was the greatest success ever with a record crowd taking part in the Torchlight Procession and the largest amount of donations collected at any event to date.”

A collection, comprising of street donations amounted to a huge £13,217.29. The money will be spent on organising and hosting the 2020 event.

Added Jane: “The Team very much hope that the Festival’s appeal will have a domino effect whereby visitors from all the world visit Flamborough and the Yorkshire coast on other occasions to come and see Flamborough in all its glory as the Home of the Vikings.”

The organising team will be holding their annual charity presentation evening in February when they plan to present donations to their adopted charities. Plans are also in place to bring new ideas to this year’s Festival which, once again, will be held on New Year’s Eve in the village.

The Festival has also been put forward for ‘The Most Remarkable Tourist Event in East Yorkshire Award’ which the Team very much hope to win.

The Flamborough Fire Festival Team would like to thank everyone who attended the event on New Year’s Eve and who gave a kind donation. They would also like to thank the residents of Flamborough for all their kind support.