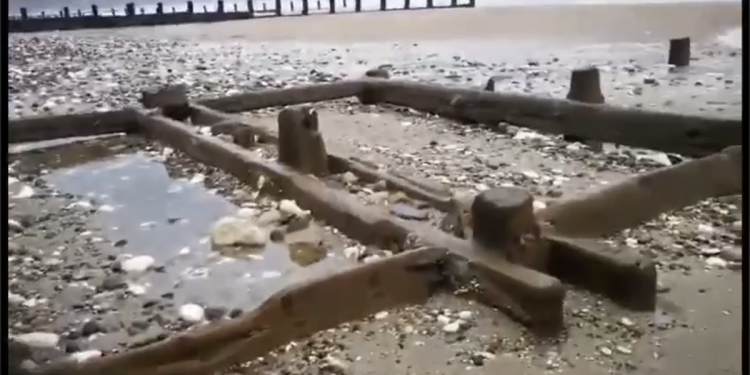 A wooden built platform construction can be clearly seen on the North Beach area – pushing through the sands – just below the sea wall in front of East Riding Leisure and the funfair area.

After the Echo ran a story about a wooden structure being exposed by the recents storms, several people have been in contact to explain what was on the site.

There has been speculation that this area of the beach was the home of the original Bridlington Harbour, but the location and method of construction discounts this.

Some have commented that the structure was used as a landing platform for smaller boats, including pleasure craft such as rowing boats, but as yet no images have been discovered showing there activities.

Local historian and Echo columnist David Mooney believes the area is where the Royal Navy launched hydro aircraft around 1914. He also has a photograph showing the bygone scene.

Meanwhile, back to February 2021, Ian Phillips filmed the scene today showing the protruding foundations. These became visible after much of the sand was stripped from the beach during the recent stormy weather.