Rovers lose out in 11-goal thriller

Veterans dish up the entertainment 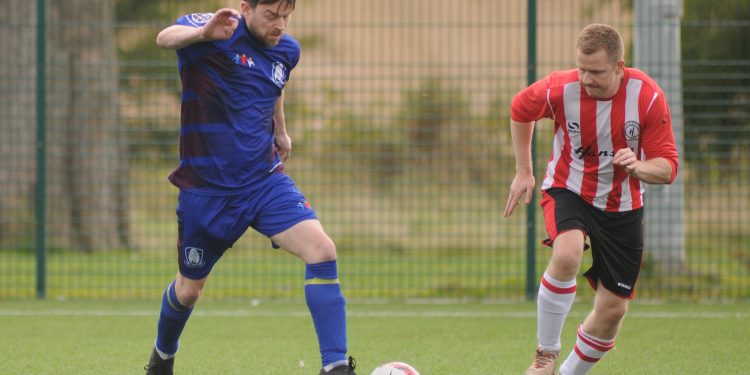 Dean Woodmansey on the ball for Bridlington Rovers B against Hanson Electrical B in the Hull Veterans League. Pictures: Dom Taylor.

A tremendous comeback from Bridlington Rovers B was not enough to break their duck in Division Three of the Hull Veterans League yesterday.
Things looked grim from Rovers when they trailed 5-1 at home to Hanson Electrical B but they stormed back.
The hosts pulled one back before half-time and had reduced the gap to a single goal by the hour-mark.
However, the visitors made sure their 100 per cent start to the season remained intact with another goal, before Rovers had the final word to make it 6-5.
Elsewhere, Bridlington Town also remain without a point after going down 7-2 at leaders Hornsea Town, despite having opened the scoring.