The Bridlington branch of the Royal Air Force Association would like to thank residents and visitors to Bridlington after it collected £527.10 during its annual street collection on Saturday 17th September to commemorate the Battle of Britain.

Cameron Ashton, honorary Wings Appeal organizer at Bridlington RAFA, said: “We would also like to thank the staff and customers of the Co-op on Marton Road, Morrisons and Tesco Supermarkets for helping us to raise money for this worthy cause. Their generosity has allowed the Branch to be able to donate the magnificent total of £3880.80 for the year, to the RAF Association’s fundraising campaign to support serving and ex-RAF personnel and their families”.

Thanks must also go to Branch members and members of the Air Training Corps, who joined us for the street collection, who gave up their time to raise such a large sum of money by a small Branch. The Branch welcomes new members to join them at the Conservative Club where they meet on the 3rd Thursday of the month at 7:30pm. For more information e-mail: cameron.ashton@btinternet.com 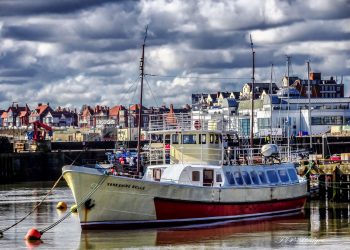