Salvage operation in the sea close to the South Beach this afternoon. 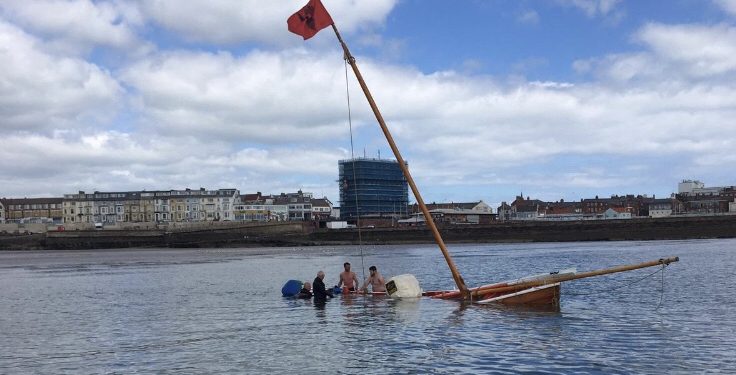 The traditional fishing coble – Madeleine Isabella – was around half a mile off the south beach last night when the boat was hit by a freak gust of wind which saw the vessel rapidly take on water and sink.

As the ECHO exclusively reported last night, the RNLI Inshore Lifeboat (ILB) was called out to assist, but the crew of two swam to a nearby boat and got out of the water safely.

A spokesman from the RNLI said: “We were called out to a coble that had capsized and was taking in water. By the time the lifeboat arrived both the persons in the water had been assisted by another sailing coble and a nearby angling fishing vessel. Both casualties are safe and well now.”

Local diver Billy Woolford is one leaders of the salvage operation – which has seen many visitors stop and watch the scene from the beach, promenades and South Pier of Bridlington Harbour.