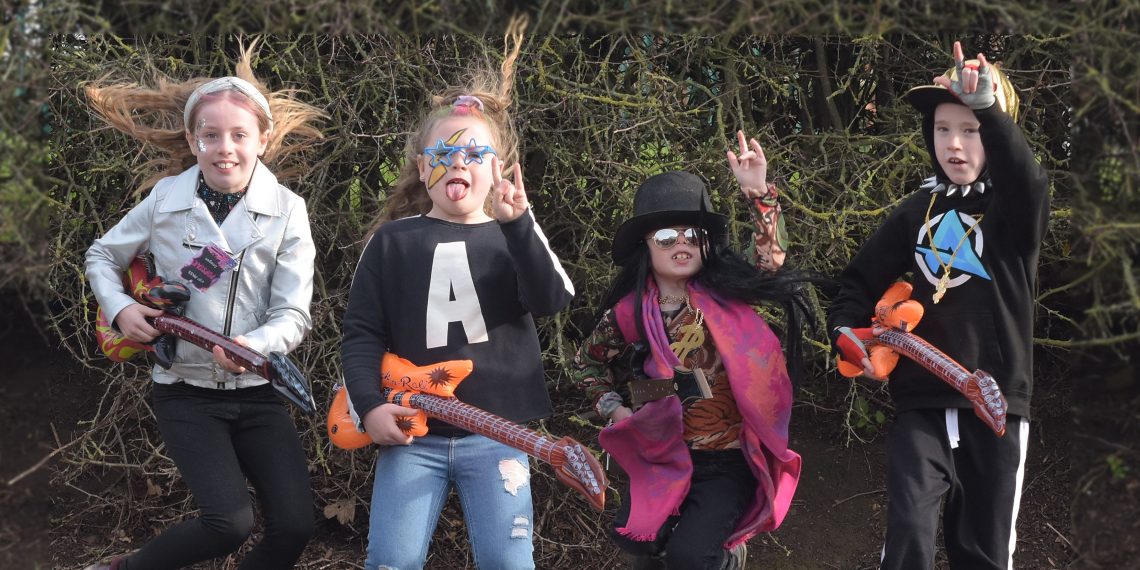 Share on FacebookShare on Twitter
Pupils and staff at a Bridlington school have launched a ground-breaking programme to help with a branch mathematics.
Martongate School celebrated the with students and staff dressing up as rock stars depicting musical icons such as Tina Turner, Elvis, Suzi Quattro and Bono to name a few.
Times Table Rock Stars is fun way of learning and developing one of the most essential parts of syllabus – the times tables.
Miss Jenkinson, who is the school’s Maths co-ordinator, explained what Times Table Rock Stars was all about.
“There is different levels of progress ranging from ‘Wannabes’ up to ‘Rock Gods’ with many tiers in between.”
“Pupils can move through the levels of difficulty by answering harder times table questions in a matter of seconds. They move upwards depending on how quick and accurate they are.”
The school has two high achieving Rock Legends already, Noah Jallow, eleven, and Amir Nasser, aged ten.
“There are also two teachers at this level – and with the competition getting stronger it is only a matter of time before youngsters and staff are elevated to the top iconic level of Rock God.” Said Miss Jenkinson.

In either paper form or online, Times Tables Rock Stars is a sequenced programme of daily times tables practice.

Every week the school concentrates on a different times table, with a week for rehearsing the tables that have recently been practised.

The format has successfully boosted times tables recall speed for hundreds of thousands of pupils over the last 8 years in over 14,000 schools – both primary and secondary – worldwide

All pupils form years two to six have been taking part during maths classes and youngsters enjoyed a day of non-uniform to dress up a rock stars which helped to make Martongate a true ‘School of Rock.’