Military personnel were remembered during a commemoration service at the Bridlington War Memorial.

The service was conducted by Rev Matthew Pollard, who paid tribute to the servicemen who served in the operations in Northern Ireland, which started in 1969 and ceased in 2007. This year marks the 50th anniversary of the start of the troubles.

Mayor Cllr Liam Dealtry who helped to organise the event along with the town council and Royal British Legion, was delighted with how the commemoration went.

He said: “What a fantastic day…Bridlington once again remembered along with Northern Ireland veterans at the town’s war memorial in an act of remembrance.”

The Bridlington Excelsior Brass Band provided the musical accompaniment with Wendy Brayshaw playing the bugle for the Last Post and Reveille.

Added Liam: “The service was humble for all. Amongst those laying wreathes were the family of driver Ronald Micheal Kitchen who was assassinated by the IRA in Northern Ireland. Driver Kitchen, a Bridlington born man, was only 20 years old when he was shot by a sniper whilst manning a check point in North Belfast.”

End of an Era….Bridlington Station Buffet will close on Christmas Eve. 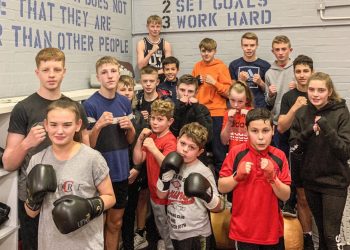