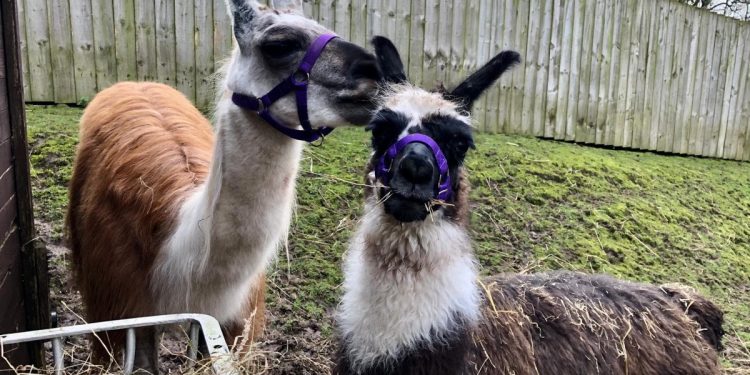 Channel 5’s popular series ‘This Week on the Farm’ is to feature the zoo at Sewerby Hall and Gardens in an episode to be transmitted on Thursday, 11 March.

The series is based at Cannon Hall Farm in Barnsley, and is presented by Helen Skelton and Jules Hudson. The farm has strong links with the zoo at Sewerby Hall and Gardens, and the programme will include the arrival of a llama from the farm, which is being transferred to the zoo to start a new life there.

In normal times, Cannon Hall Farm is an award winning family-run attraction sitting in the beautiful Pennine foothills. It was established in 1989, and at the time, the team at the fledgling attraction contacted John Pickering, now head zookeeper at Sewerby Hall and Gardens, for advice. This followed a family holiday in the area.

John Pickering explains: “I am pleased to say that I have been able to stay in close touch with our friends at Cannon Hall Farm ever since they opened, and indeed just before! I am delighted that our zoo can now take delivery of a llama, which will be a great addition to our animal family here at Sewerby Hall and Gardens.

“And of course it’s great that people will get to see its arrival on television, as we await the reopening of the zoo! We had a fantastic day with the television crew, and enjoyed welcoming our newest arrival.”