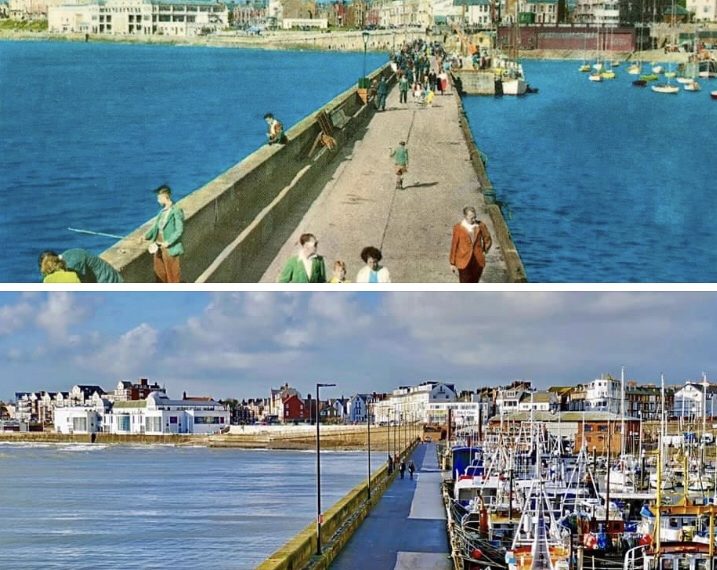 The beautiful South Pier at Bridlington is one of the town’s most renowned landmarks and rightly so, as the building is listed at Grade II for having special historical and architectural interest. Built between 1843 and 1848 it’s the expert work of one James Walker, a nationally notable mid-19th century civil engineer.

The colourful vintage postcard on show here today features the South Pier and adjacent seafront areas as they used to look in the swinging Sixties, the card is clearly date stamped 2nd October, 1963.

As you can see from the modern photographic comparison, the South Pier has altered very little over the last six decades or so, apart from a wide stone extension directly in front of the Crane Wharf, this being for a marine diesel filling station.

It’s also interesting to note how much taller the Lawrence Complex building, situated at the front of the pier, now is compared to when the picture postcard was taken, the function of the extra storey being hotel accommodation.

Another comparison of the two photographs will reveal that the large one-storey building that once joined onto the Spa Royal Hall has been demolished without a trace. This along with major modifications to two properties on the corner of West Street (both now take-aways), which from the old postcard appear to have been built in the early to mid-Victorian era, because of their attractive bow windows and classical porches. 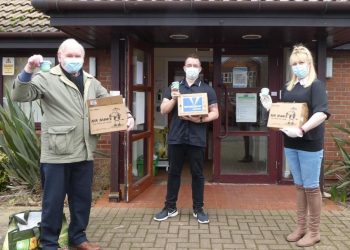