Fun at the Canal Gala… 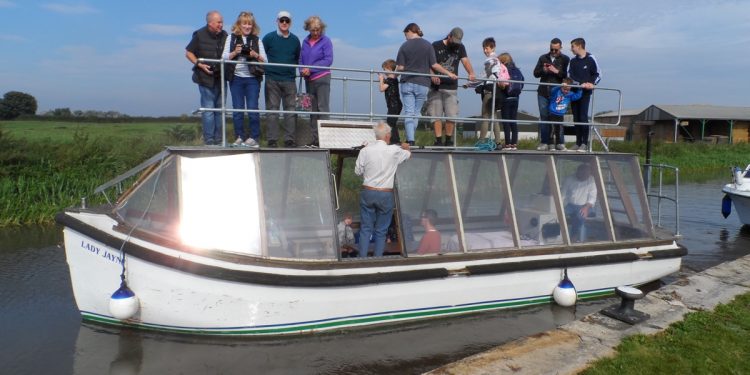 HUNDREDS of heritage fans flocked to Driffield Canal at North Frodingham for the fun and festivities of a waterways gala on the historic navigation.

Driifield Navigation Trust, which runs the 11-mile canal, pushed the boat out for the two-day fundraiser at Frodingham Landing at the weekend.

The trustees also wanted to show that the waterway is open for business, including boat trips , following the pandemic lockdowns.

Families joined cruises on the trust’s popular trip boats, Lady Jayne and Driiffield Navigator, to view countryside not normally see from the road.

Trust chairman John Scholey said: “It was one of the best weekends we have had at the Landing, and fortunately we were blessed with good weather.

“We had a good crowd of people on both days, and the taster boat trips proved to be very popular. Both boats were running non-stop from 10am to 4-30pm on both days, with queues of visitors building up to take a trip.

“Kylie the East Coast Soul singer was brilliant, and helped to keep visitors entertained. We were also delighted to have the Great Driffield Radio roadshow, who broadcast interviews with canal trustees and visitors from the gala throughout the weekend.

“The trustees want to thank everyone who supported us by attending the gala weekend, because we rely on on the money raised for the upkeep of the waterway.”

Visitors were also able to see work undertaken by volunteers from the trust to improve facilities at the landing, which is a popular launching spot for paddleboarders and canoeists.

Trust vice-chairman Mike Artley said: “We are on a mission to see boats being able to sail all the way from Hull into the Canal Basin at Riverhead, but the major sticking point is the low fixed road bridge at Wansford.

“As we come out of the pandemic, the trustees are looking forward to meeting with East Riding Council, and other partners, to discuss the way forward for Wansford Bridge.”

The canal was built to establish important trade links between Driffield and Hull, and the wider network of Humber waterways.