Dog thefts in our area revealed and Police offer advice to prevent dogs being stolen. 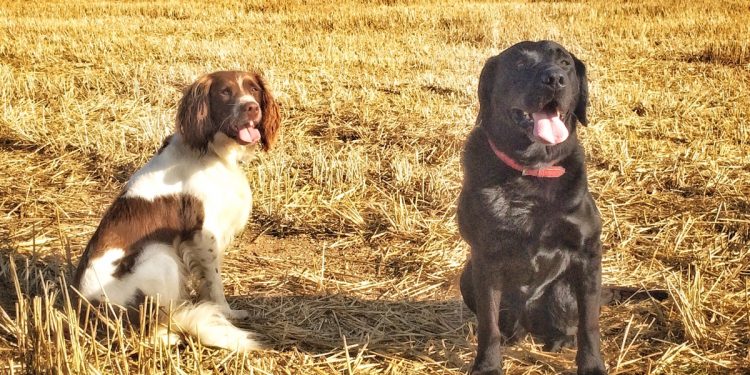 Police have advised dog owners to be vigilant and reports any suspicious activity.

They have released a statement outlining measures dog owners can take to protect their beloved pets and also advice on preventing potential thefts.

Here are the details:

We are acutely aware of the fear of dog owners after a number of social media posts about thefts in our area. Many of our officers and staff are dog owners and they are very much part of our families too.

We understand that nationally there are increased reports of dogs being taken but we are thankfully not seeing a rise in our area.  The number of dog thefts reported to us in our area remains low.

We would, however, advise people to continue to be vigilant and report any suspicious activity.

The theft or loss of a dog is a very traumatic experience for any owner and if it is reported to us we will act to try and locate the dog and fully investigate the theft.

We would always ask for people to take some basic crime prevention measures to protect their own dogs too.

We encourage people to join their local dog community Facebook pages the power of social media can really help when a dog goes missing, together we can help reunite pets with their owners.

So far in 2021 in the East Riding of Yorkshire three reports of dog thefts have been received.  In one case three spaniels were stolen from farm outbuildings near Burton Agnes, two of the dogs were reunited with their owner, the third spaniel, Keedy, is still missing.  In another report a staffie was taken from a car parked in Market Weighton.

The third report was that bogus callers has gone to a house to say they were from the RSPCA and would take the dog away due to calls from neighbours that the dogs were not being looked after, the owner refused to hand over the dog.  We are still investigating this case and would ask for people to remain vigilant and always ask to check indentofaction from any cold-caller.

In Hull there has been one theft reported to us which was an ownership dispute. A person was left to care for the dog while the owner was in hospital and didn’t want to give it back.

Recent fears in the East Riding about a white Transit van that was driving in the Hornsea area of the East Riding and stopped a number of people to ask them about the dogs they were walking.

Neighbourhood Inspector Paul Gladstone said, “No one was harmed during these incidents and no dogs were attempted to be taken but it naturally concerned the people involved and we are pleased that they reported it to us.

“These reports were taken extremely seriously and the information provided was used to locate the suspect vehicle.  The vehicle was stopped in North Frodingham and the three occupants questioned in relation to their activities.

“The three men in the vehicle were in the East Riding as scrap metal merchants and gave legitimate reasons for them driving slowly in certain locations.”

Other reports on social media about tie wraps or cable ties being used to mark lamp posts near houses with dogs in have also been dispelled as maintenance contractors were marking lampposts that had been checked as working.

We take all reports of dog thefts seriously and would ask everyone to report any suspicious activity to us to help us prevent thefts and keep our communities safe.

If you see anything suspicous please report your concerns to us on our non-emergency number 101.