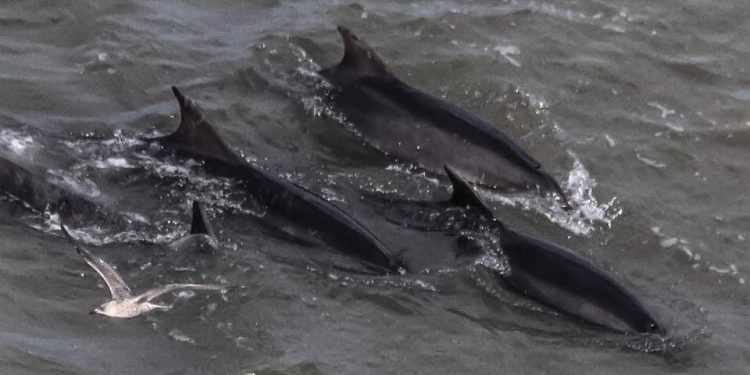 Daniel Howe, who was out with his camera, captured these fabulous images of a pod of of between 6-8 bottlenose dolphins heading southwards past Bempton cliffs.

Last year our area witnessed many dolphin and several whale sightings around the Flamborough headland area and along the cliffs at Bempton, Buckton,Speeton and also in Filey Bay.

Said Daniel, who was at the RSPB reserve as part of his daily exercise: “The dolphins looked to be heading south towards Flamborough but they could have gone anywhere after I lost track of them.”

The pod, which had migrated southwards, were part of the Scottish Moray Firth population which had split off from the main group and headed down the east coast.

Numerous sightings of marine creatures last year such as dolphins, whales and even a shark led to a mini boom in eco-tourism in the East Yorkshire area after the first lockdown was lifted last July.