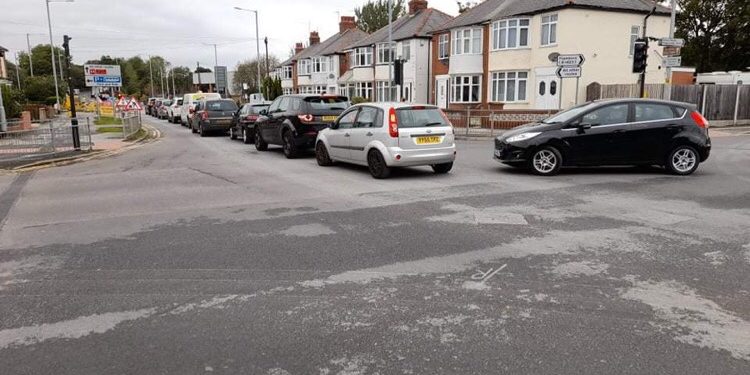 Traffic problems have been reported after roadworks around the B&Q traffic lights in Bridlington caused what one local resident has called ‘absolute chaos’.

The roadworks have been in place since earlier in the week and traffic queues have been constant throughout the day.

A local resident, who lives on Bessingby Road, said: “The problem is with the temporary traffic lights that are causing tailbacks and motorists are struggling to get over the junction as the temporary lights don’t synchronise with the other lights. Traffic from Cardigan Road and Station Avenue has also been backed up as they try to join the flow of vehicles. It’s been absolute chaos for most of the day.”