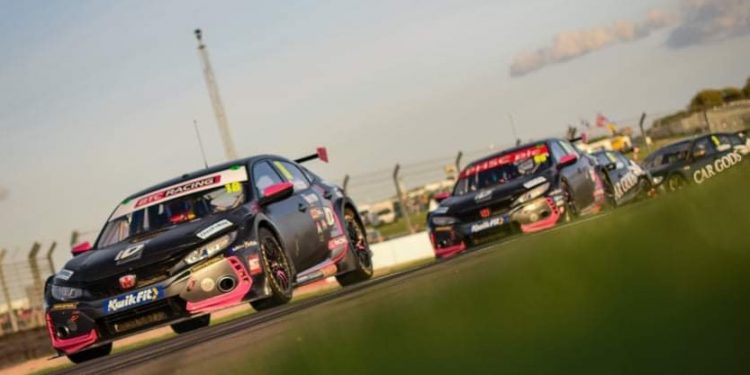 British Touring Cars Championship driver Senna Proctor has enjoyed a positive race weekend for the penultimate meeting of the season at Donington Park, reports Paul Turner.
The weekend started in an upbeat manner with strong pace in the free practice sessions that the Rudston driver carried into the qualifying session.
There, the times were close, with 27 cars split by less than a second, with Proctor posting the quickest time.
However, the qualifying format for this event featured a top 10 shootout across a 10-minute session and Proctor eventually set the fifth fastest time in Q2 for a row three start.

In race one, he showed excellent pace and was pushing hard for a podium spot and exerted as much pressure as he dare on Rory Butcher ahead of him. Proctor finished the 19-lap race fourth to gain more points to maintain his top 10 championship standing.
Success ballast of 48kg to carry, for his fourth place in the opening race, meant a change of tactics in the second race of the day. Proctor was forced to defend his position from lighter and faster cars and he raced to a creditable sixth position.
In the final race, Proctor was again set for a points finish when, with only six laps to go, he was forced to retire his BTC Racing Honda Civic with warning lights illuminating his dashboard, pointing to an engine overheating problem.
With just the season finale to go at the Brands Hatch GP circuit, Proctor said: “That was another really good race weekend for us; lots of points bagged.
“I’m looking forward to Brands Hatch. It’s a track I like and it also suits the Civic. Many thanks go to the BTC Racing mechanics and engineers. Yet again they have provided me with a seriously competitive race car and I’m looking to carry this positivity onwards.”