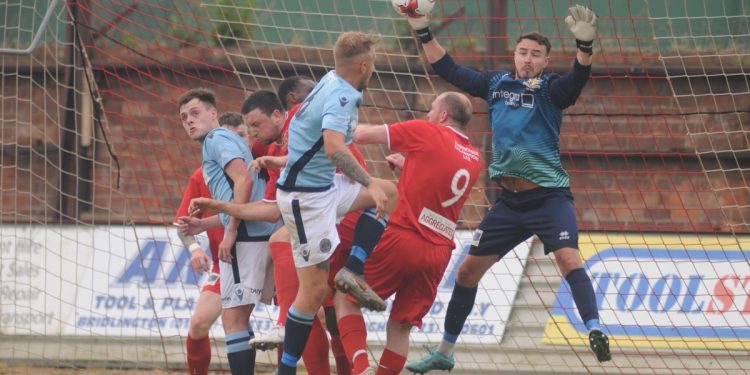 In a great game, with both teams creating good chances, the score-line could have easily finished 5-5 if both sides had put their chances away.

Barton’s Taron Hare opened the scoring on 4 minutes with a close range header from a corner.

The Seasiders had a great chance to win the game in the second half when Danny Earl was brought down in the area.

The referee didn’t hesitate in awarding the penalty, and up stepped Earl to take the penalty – but Barton’s keeper Charlie Dixon made an excellent save.

Man of the match: Fraser Papprill