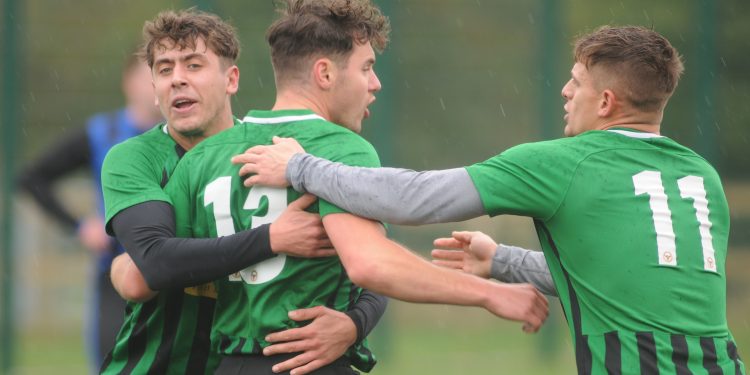 Club de Albion enjoyed a 3-2 win over Northside Sporting in the East Riding County FA Qualifying Cup.
Bridlington Echo photographer Dom Taylor was there to capture some of the action.
Elsewhere in the cup, Brid Rovers Pandas scored three times after the break in a 3-0 win at Hull Titans, while Flamborough scratched from their tie at Wheldrake, due to many of their players being away on a stag weekend.

In the Senior Country Cup, Brid Rovers and Filey Town both went through in walkovers, while Brid Town Rovers were 4-3 victors at Pocklington Town Reserves, a scoreline repeated by Telegraph at Hedon Rangers Thirds. Danny Anderson put the visitors ahead from a free-kick and Billy-Lee Simpson made it 2-0. Hedon pulled one back but Jack Wilkinson restored the two-goal advantage before the break.
The hosts made a swift start to the second half with two goals and it was left to Danny Anderson to net a last-minute winner from the spot after Wilkinson’s shot had been handled.
Just two games involving local teams were played in the East Riding County League. In Division Two, Langtoft continued their winning start to the season with a 4-2 success at Withernsea thanks to goals from Adrian Hammond, Riley Overfield, Edward Woodmansey and Isaac Prince.
Brid Rovers Millau were held 2-2 at Hedon Rangers Academy in Division Four. Austen Wiles and Sam Johnson had put them 2-0 up but they were reduced to 10 men when Josh Pilmoor was sent off, allowing the hosts to hit back.
Max Gage led the way for Filey Town Reserves in the Scarborough League. He scored a hat-trick in a 7-3 romp at Goal Sports. Joe Gage notched two with Jonathan Keable also among the scorers.