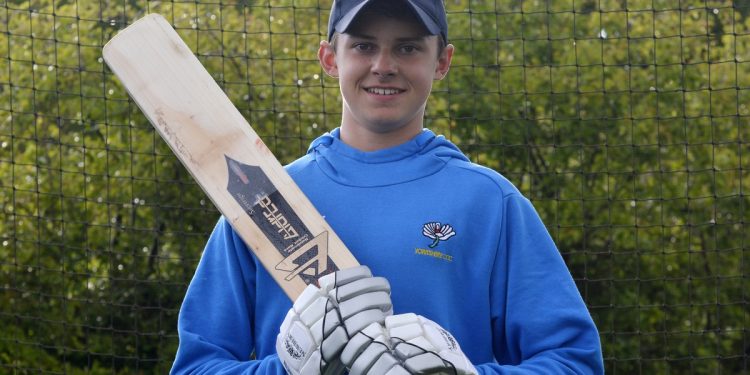 A busy summer of cricket beckons for a talented Buckton teenager who has been selected to play for the 1st team of the Yorkshire U15s.

He will now be looking forward to a summer of cricket representing his home county of Yorkshire at venues all around the country.

During the trial for selection Alex delivered one of his career best performances for bowling – completing six overs, capturing two wickets all for just one run.

“I would like to thank all the coaches who have given me the extra training, especially during the long, dark winter days to help me achieve the standard that I play at now. I will be joining a great squad of players and I’m really looking forward to a summer of cricket.” said Alex.

Alex, who has played cricket since he was 11-years-old, has played in several local squads including; Flamborough, Bridlington 2nd’s, his school team and for East Yorkshire.

Currently, Alex has played for Driffield 2nd’s and their U15 team.

His father Richard, who owns the Richard Burton Art Gallery in Buckton, was understandably proud of Alex’s achievements.

“Alex has been playing Yorkshire cricket for several years and each year it is more and more difficult to be selected as the standard gets higher and higher. It is a terrific achievement to make the Yorkshire County U15 team.”