Sewerby Cricket Club held their 2019 season presentation dinner recently at the Martonian Inn with lots of awards handed out and an evening of fun and laughter.

Vince O’Grady from the club said: “It was a very successful season for the club as our senior team went undefeated through the season winning 21 games and winning Div 2 of the Beckett League. Shaun Acton, club chairman welcomed everybody and before we sat down to a lovely meal John Blythe said grace. Whilst the food was being served and in between courses members were asked to complete a quiz conducted by Nicky Artley.”

Shaun Acton presented the trophies along with two special awards on the night: The first to Aldred Bostwick who was the clubs Y&DSCL representative as well as 1st team scorer and administrator for many years. Aldred has worked tirelessly for the 1st XI team until it disbanded. Shaun presented him with a cut crystal trophy and thanked him for his years of service. The other was presented to Vince O’Grady – a framed photo of the old pavilion for many years of dedication and service to the club as Vince is stepping down from the role of secretary.

The Chairman then gave a short speech and the club Captain Ian Dennis gave a resume of the season and thanked the scorers – Nicky Artley and Amanda Porter and also match umpire Vince O’Grady.

Shaun Acton the drew the cricket bat raffle and Nicky Artley completed the quiz questions and answers with help from Jamie Artley.

Over £300 was raised on the night to be split between the club funds and the Yorkshire Air Ambulance.

Shaun then thanked the Martonian Inn for a fantastic meal and gave Nicky Artley some flowers for arranging what was a very enjoyable night. 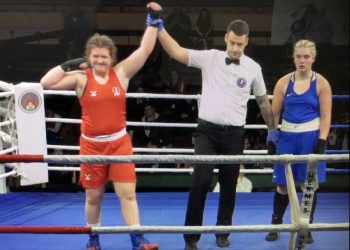