Our coastline is not a dumping ground ….soft drinks can dating from 1982 found as part of coastline clean-up.. 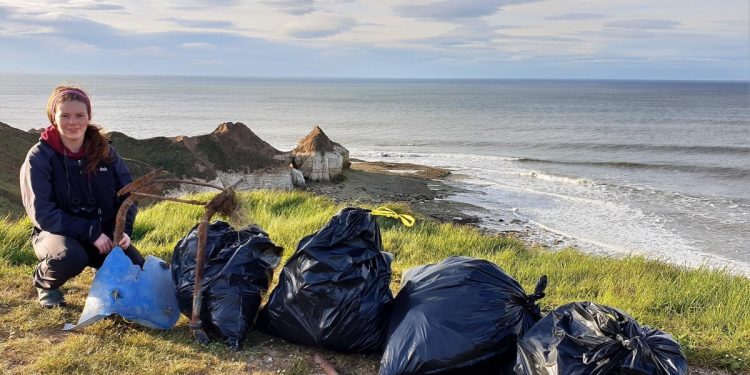 Despite the recent lockdown, several volunteers have been busy helping to keep litter levels down during their daily exercise.

Volunteers from Sea Champions North East, which covers much of the coastal area from Spurn Point to Tyneside, and also the Bridlington-based East Coast Ocean Protectors (ECOP) have been playing their part in cleaning up our beautiful beaches and the surrounding areas.

On a recent clean-up around the Flamborough Head coastline, volunteer Niamh picked up a discarded can of orangeade….dating way back to 1982.

Said Niamh: “We have been making good headway at Flamborough head to rid it of costal litter during lockdown. The hills, paths, and bushes are looking healthier after significant uplifts on each visit.”

“The drinks can litter legacy here is huge and acts as evidence to support Marine Conservation Society’s push for a Deposit Return Scheme UK wide.” she explained.

“The discarded Orangeade aluminium can, pictured, that was found shows the longevity of this persistent menace as it dates back to 1982 – a whopping 38 years.”

“Every can is a potential death trap for wildlife and we were sad to find a dead small mammal inside another of the day’s collected cans. The highlight of the day was the presence of Linnets on the gorse, this red list species get their name from their liking for seeds of flax, from which linen is made.”

The Sea Champions North East and East Coast Ocean Protectors are always on the lookout for volunteers and those that are interested can find details through their respective Facebook pages.

Due to the current restrictions group litter picks have been put on hold, but anyone on a walk can collect litter (protective gloves and a picker are recommended) to help keep our coastline free of rubbish. 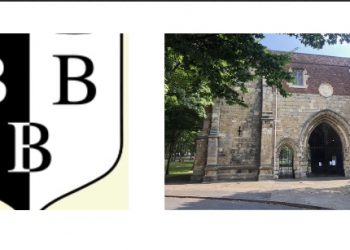